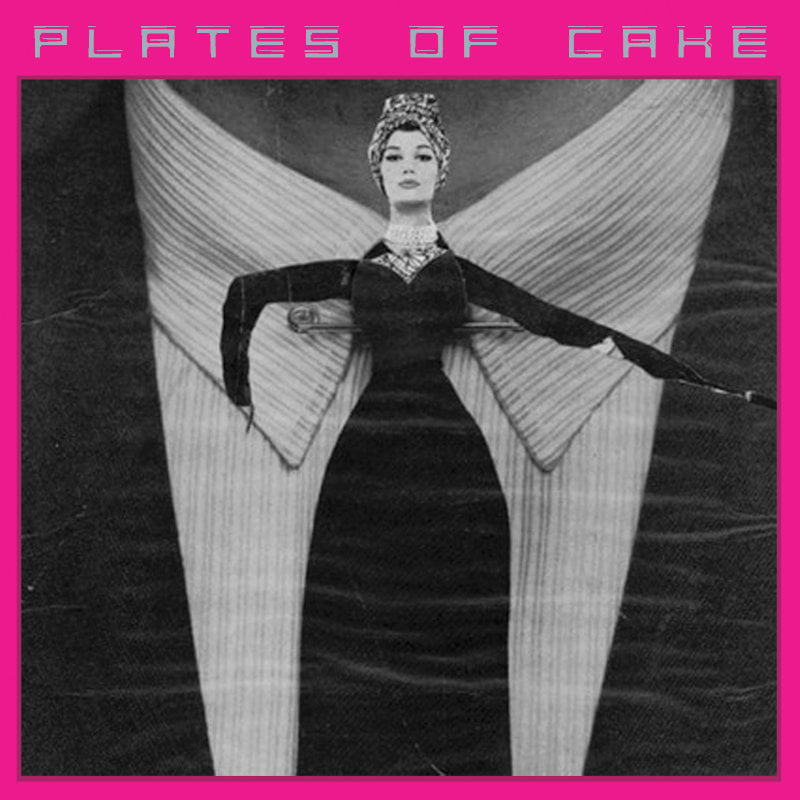 As if the Choice Were Mine 7”

Tracks:
A: As if the Choice Were Mine
B: Transit Trials

Plates of Cake aren’t ones to rest on their laurels. Since the release of their debut album last year they’ve crafted a number of new songs that they’ve swiftly introduced into their live set. With this 7″ single they tighten their sound with two smashing tracks. The A side, “As if the Choice were Mine”, mixes the three part harmony jangle of The Byrds with a Feelies like angularity. The song is irresistibly melodic with the voices of Jonathan Byerley, Josh Carrafa, and new bassist, Michael Flis, singing in unison on each verse. On the flip is the clever and cool “Transit Trials”, a steady rockin’ number that expands on the “Kinksian” sound of their debut LP while hinting at new directions both rhythmically and sonically.

-7″ vinyl is limited to 200 copies and comes with a download card.

Plates of Cake have adorned my table ever since they were spliced together from chunks of old doo-wop classics, Leonard Cohen programs, stained diner menus, post-punk lore, Jonathan Richman’s surrealist slant, and, aww hell, involuntary facial hair. “As If the Choice Were Mine” brings a second vocalist into the mix, a surprise move considering the last record (which I loved maybe a bit too much) was all about lead singer/songwriter Jonathan Byerley. It’s never easy to get used to change when you liked what you started with, so there’s that. Still a nice cut. “Transit Trials,” like seemingly 75% of flips, is even better than the A. Catchier melody, better bridge, ringing riffs — music for winners and losers and those who love and hate them. I hate to rush you guys, but… I want more. -Grant Purdum (TINY MIX TAPES)

“Rock ‘n Roll takes on so many hats, and heads in so many directions, but when a group wants to either start their way–or find their way back—they tend to scale back to basics. As for PoC, that action is not currently necessary as these Brooklyn peeps start at the beginning and live there. Simple, almost slow-punk guitars back a grizzled set of vocals that sound more like “I need to sing” than “I want to sing because I want to be a star.” Enjoying the ‘Cakes is easy, because the ‘Cakes are just that: easy.” -METROMIX

“The swift and confident “As If The Choice Were Mine” is at once fuzzy and jangly, teasing us with whiffs of the ’60s and hints of rhythmic trickery.” -FINGERTIPS