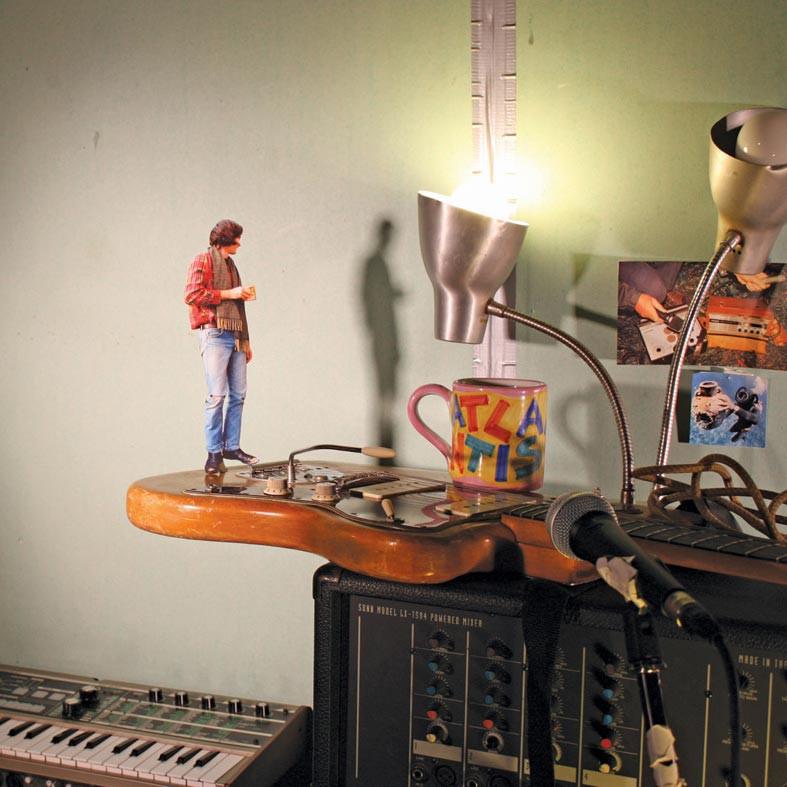 Tracks:
A. Come Quietly
B. The Wedding Party

Culled from the archive of unreleased songs by Zachary Cale comes two unearthed gems, available for the first time through All Hands Electric. Recorded during the interim of his second LP Walking Papers and his band Illuminations' See-Saw LP, these two songs were originally cut as demos. "Come Quietly" is a field recording from the modern age, complete with chirping birds and the groan of passing cars. "The Wedding Party" is a stream of consciousness ode to love with lyrical images floating by like faces in train windows. The rush of images and the giddy, pulse-like rhythm makes "The Wedding Party" another classic in Zachary Cale's growing canon of songs.

“This is an extremely pleasant and well done indie psych folk single from a young Olympia-to-Brooklyn transplant. Zachary Cale’s voice has a sardonic and cutting edge to it that brings to mind at times Current 93’s David Tibet or Comus’ Roger Wootton, which stops the well constructed melodies of these two from being merely pretty and floating off into the clouds. Very grave, but memorable music. This 7” (which follows two solo full-lengths, as well as work with his band Illuminations, reviewed here earlier) brings to mind Sister Lovers-era Alex Chilton, Tim Hardin, and even the more depressing moments of Robyn Hitchcock. One of the best things about doing these reviews is when a great record by someone who you never would have paid attention to otherwise rolls in, and this is one of those records. Great stuff.” -Chris Strunk (Still Single/DUSTED MAGAZINE)

“Contemporary psych/folk anchored by amazing songwriting. “The Wedding Party” does that old folk trick: mournful and hopeful at the same time. Played on repeat in my head for 6 months.” -Scott McDowell (WFMU) – Top 12 2010

“Really sweet two-song single from singer-songwriter Zachary Cale… I hear a little bit of the greatness of Daniel Johnston… Killer tracks, hope there’s an entire album of this stuff coming down the pipeline soon…” -Michael Klausman (OTHER MUSIC)

“‘Come Quietly’ remains strange enough through its duration to shed influence in the course of the first couplet and the scruffy field recordings. The song is deceivingly Opry-house or ethereal church pulpit, but satisfyingly met with Daniel Johnston in a peak of clarity or the lazy neighborhood shaman throwing Dylan bones. . . ‘The Wedding Party,’ in stark contrast, is a finger-picked hymnal, magnifies this solo-artist’s (and the label’s) mastery of roots music, which he eventually spins into a web of intimate, intriguing, singer-songwriter shimmering mystery and misery.” -Kevin J. Elliott (Primitive Futures/THE AGIT READER)

“There’s a certain gruff waver to Cale’s voice, the way it bites at the edge of your eardrum that hefts it out of the standard doldrums of a man with a guitar. Real emotion lives in the vocals… and his ruminations on love and its numerous varied outcomes, good bad ugly, have a tangible weight to them…” -Noah Sanders (SOUND ON SOUND)