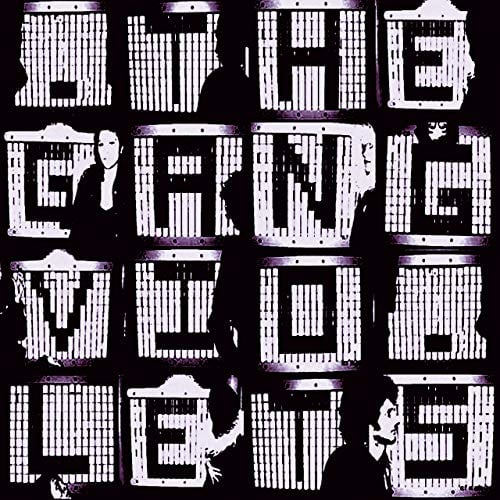 Tracks:
A: Black Clouds
B: A Touch from the Wild Child

Traveling band, The Gang Violets, play eclectic music as they gypsy their way between Long Beach, CA and Brooklyn, NY. Their blend of psychedelic americana effortlessly shifts from sunshine-pop to space-rock, while making more than a few country, folk, and blues detours along the way. Side A kicks off with "Black Clouds", a tune that rises up like a campfire despite moody lyrics, and is impossible to forget with its hook laden cadences, elated group vocals, whispery calls, gospel swagger, and swooning closure. Favoring an eclectic pop aesthetic that recalls early Beck as well as the highs from The Brian Jonestown Massacre, these tunes are are just mere hint as to what this band is capable of!

“That records such as these can continue to emerge from young artists and sound like few before them is a testament to the bottomless endeavor that is music; no matter how deep you submerge, there’s always more temptation – some would say redemption – down just a little farther as the temperature gets colder, the pressure ratchets up and your lungs constrict. Take the journey, my brethren! The water is fine” -Grant Purdum (THE GUMSHOE GROVE)

“Black Clouds”… has this loose Lou Reed country jam feel. My whole introduction to Lou Reed was that “Dirty Boulevard” song, his cool voice, over bare bones electric, and this is working in that general direction. Jim Schwartz has the same deep, real serious delivery and with this huge varied vocal accompaniment, it has something of a kids singalong album temperment…(Did Lou record a kids album?). Raw jangly honkey tonk guitar, from that time and part of the country where people just played music to each other for enjoyment because there wasn’t anything else to do. The Gang Violets are having the same kind of join along unpretentious fun…when this one starts to fade it comes back with a Velvet Underground “Heroin” speed up, faster and faster. Am I the only one hearing this? Seriously…did I listen to a lot of those guys lately or something? The B-Side, “A Touch From A Wild Child”, opens with some synthtastic sine waves into a more indie Fleetwood Mac sound with acoustic guitar, accordion and handclaps, and this time the vocals aren’t coming off as directly a descendant of VU, more layered with optimistic harmonies, but still in a gypsy-country way. An american Beruit sound, mining all of those backwoods sincere influences, the porches of these united states.” -7 INCHES

“Black Clouds” is an alt country foot stomping hand clapping singalong that morphs into a psych folk meltdown. “A Touch from the Wild Child” features more percussion via hand clapping but mixes things up with a droning Harmonium and some echoing guitar leads and some haunting backing vocals. It is a the stand out track here crafting a compelling atmosphere that envelopes you and sucks you into The Gang Violets mysterious world. Highly recommended for fans of spacey psychedelia and Americana.” -R.A.D. Vinyl