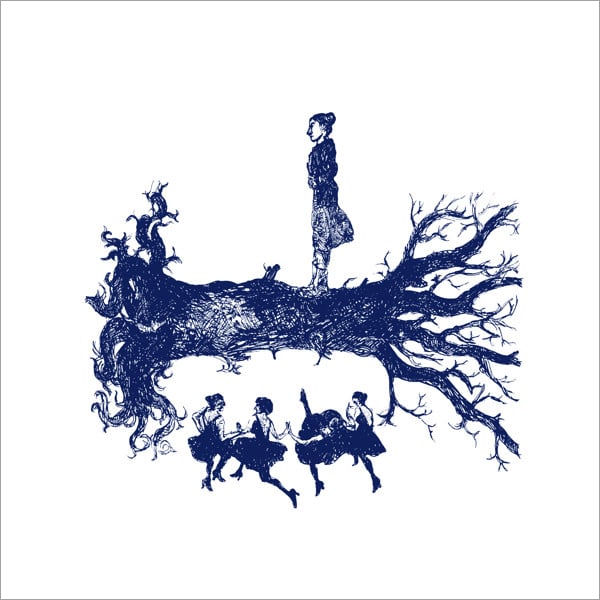 Title: Where All The Little Songs Go When They Die
Vinyl LP - $15 (Limited number back in stock)
CD-R: $7

The debut album by Prudence Teacup is a song cycle rather than a traditional album. With over 18 songs on the album the music moves as one piece. It's a scrapbook of song poems, field recordings, lullabies, and bedroom anthems all lovingly recorded and produced by Alfra Martini. Somewhere between the primitive explorations of Ariel Pink and the dreamy cabaret music of Julee Cruz, Prudence Teacup is a startling original voice who walks a tight rope between vintage song stylings and modern sound collage. This limited edition LP or CD comes with an illustrated lyric book.

“I flash to a million bands/artists when Where All the Little Songs Go When They Die hits the needle. The Pierces; Cat Power; Nico; Niobe; Fovea Hex; Hearts Of Palm; Kria Brekkan; Beach House; Alela Diane … nothing comes close, people. Prudence Teacup won’t be everyone’s favorite beverage, but just a few of you will be hopelessly hooked. How can 150 strictly vinyl copies be enough? You just can’t put a number on touches like ghost-parlour piano, soft, aching vibrato, dead soul shakers, Ten In The Swear Jar, “you asshole” accordions, mentions of “jingle-jangle mornings,” spare, ominous soundscapes, and general melancholy. I love the way the songs last only as long as they have to, many of them just under a minute or so. No Milk-Eyed Mender-ing here. No elephants in the room. Just an art-sprawl full of Laurie Anderson and Eno, complete with a 20-page book full of Mount Eerie-esque visual ruminations on self and society. Never predictable, never static unless the crackle in the background demands it. Aural waterfalls, that sort of thing. She’s been ’round but she ain’t ashamed, to paraphrase.” -Grant Purdum (Tiny Mix Tapes)

“My favorite record so far this year…’The Gift’ sounds like a lost recording from the Lady in the Radiator. So haunting and beautiful.” -Caleb Braaten (Sacred Bones Records)

“Train dashes through tunnels in the barely fallen night, one drop, two drops, lights are flickering, landscape twinkles, uncertain, as if every city lights were taking themselves for a candle giving its last breath.” -DelicousScopitone