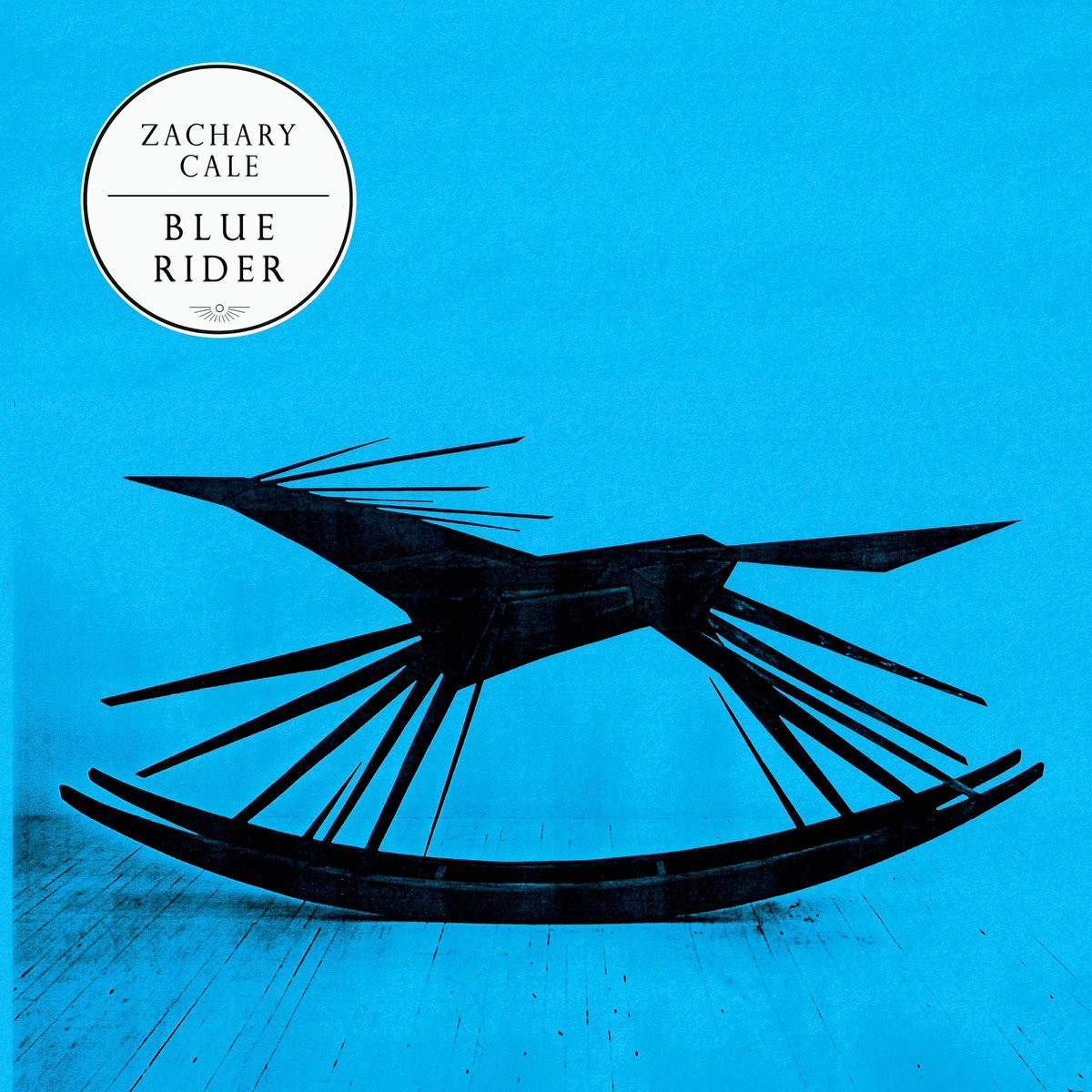 Often cited by critics and peers alike as a songwriter’s songwriter, Zachary Cale has been quietly constructing a catalog for nearly a decade, one which showcases a unique voice across folk ballads, guitar instrumentals, and country-tinged rock. On his 4th release, Blue Rider, Cale abandons the full-band arrangements of his previous album (2011's Noise of Welcome), opting for a minimalist approach that illuminates his strengths as a solo performer. Each track on the album is marked with his signature finger-style guitar playing , vocal command, and lyrical mastery. Blending the echoed open-tuned guitar patterns of artists like John Martyn and Bert Jansch with the desolate American lyricism of lone riders like Simon Joyner and Elliott Smith, Cale continues to stand out as a songwriter of uncommon power.

7.9 rating on Pitchfork. “The first thing beckoning you towards Blue Rider is its atmosphere—spacious, cool, distant. Zachary Cale’s mesmerizing finger-picking, drawing on open-string drone and country blues tunings, wanders restlessly around a clean, well-lit place of a mix, synths humming like 3am refrigerators and chiming guitars confusing your sense of middle distance. It is a misty, gorgeous record, a space that feels wonderful to roam around in.” ‑PITCHFORK

“Beautiful. Excellent. The best of the year.” ‑POP MATTERS

“If there is any justice in the musical world, Zachary Cale will soon get the acclaim and the rewards his talents deserve.” ‑THE MAD MACKEREL

“Blue Rider is an album of rich textures and intimate melodies, a gorgeous collection of songs that bristle with enthralling, understated details.” ‑AMERICAN SONGWRITER

“Cale makes timeless music, steeped in 1960s folk, but without a whiff of mimicry, always built around his effortless fingerpicked guitar and world-weary, soulful voice.” ‑OTHER MUSIC

“…Zachary Cale is one of those wanderers who seems to have found himself far from home quite often. Focusing on that classic, attentive songwriting…” ‑KEXP

“…the kind of soulful guitar picking designed to set deserts on fire. His ragged and bittersweet blues should make Cale unmissable for aspiring non-sucky songwriters.” ‑THE STRANGER

“The upcoming LP marks a departure from the more robust compositions contained in 2011′s Noise of Welcome, as Cale dives deep into heartland-lovin’ minimalism.” ‑SPIN